Home Macedonia Mickoski to President Pendarovski: He finally spoke out and signed everything his... 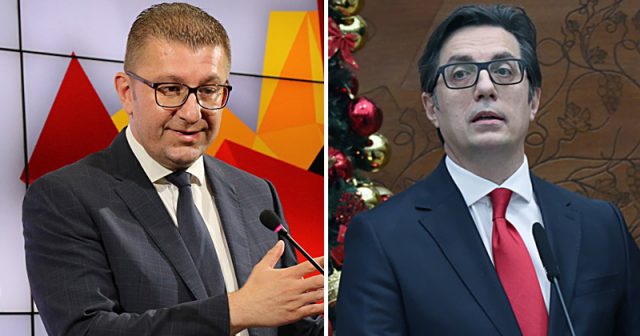 Leader of opposition VMRO-DPMNE HristijanMickoski, in reaction to the signing of the decrees on the laws that were voted in the Parliament on Sunday, says that President StevoPendarovski signed, as stated in a Facebook post, everything he was ordered to sign by his boss.

“Finally he said something and he also signed everything that the boss ordered him to sign. He wanted to be satirical, but he turned out to be ridiculous. President Pendarovski, watch my last interview given on Friday and you will hear me talk loudly on national topics, including the fictional one you mention, to wash away the crime, corruption and shame of your boss. As for the times when a ruling party was both a cop and a prosecutor and a judge, I can only say welcome to 2021, or to be more precise today, not the ruling party but your boss is the cop, the prosecutor and the judge. Next time, instead of crying in the media why we are leaders in terms of corruption, crime in Europe, while Balkan drug lords walk around with Macedonian passports and marijuana is the main business in the country, SAY something, because our country is disappearing. And yes, there will be accountability, sooner or later, I promise,” wrote Mickoski.