Home Macedonia April 27 was the perfect casting for VilmaRuskovska to figure out how... 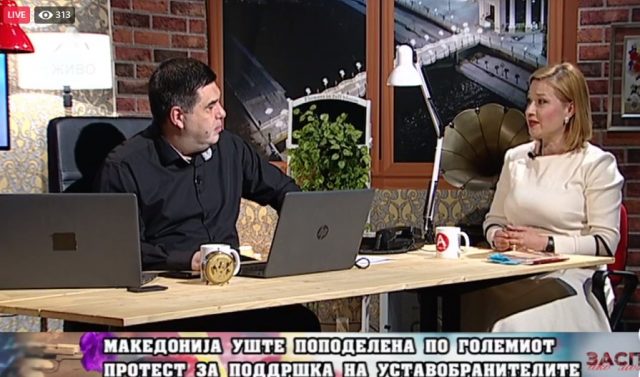 VMRO-DPMNE MP IvankaVasilevska in a TV interview spoke about yesterday’s nationwide peace protest “Freedom for the Defenders” which is associated with the unjustly convicted in the April 27 case and stressed that the case of 27 was a perfect casting of VilmaRuskovska to figure out how to blackmail the opposition, but unfortunately they did not succeed.

“The case of April 27 was a perfect casting that took VilmaRuskovska seven months to figure out how to do it, to tie all the strings in that whole thread so that they could serve to blackmail the opposition. But they certainly did not succeed. Regarding April 27, what is not forgotten is the bitter taste of injustice, and you know how the belated justice is injustice because these years no one can give back to those people,” said Vasilevska.

The MP pointed out that the people who were part of the events at that time were patriots and a peaceful people.