Home Macedonia Both Pendarovski and the opposition and Ahmeti believe that there was no... 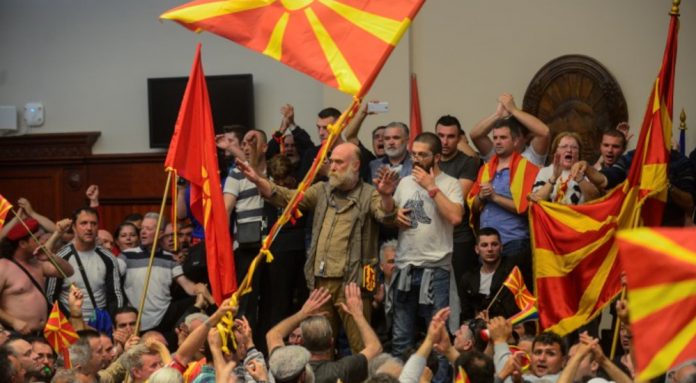 President of the Patriotic Institute of VMRO-DPMNE Aleksandar Pandov emphasized that several senior officials agree that the events of April 27 were not terrorism and that the defenders of the Constitution deserve a retrial.

VMRO-DPMNE leader Hristijan Mickoski, along with the leaders of all opposition parties demand freedom for the patriots from the events on April 27 and a retrial.

DUI leader Ali Ahmeti also agrees with Hristijan Mickoski and the opposition, that the events of April 27 are not terrorism, and at the same time he, like any normal person, points his finger at the most guilty of them all, the “gatekeeper” Krste Mukoski!

President of the Republic of Macedonia Stevo Pendarovski also agrees with Hristijan Mickoski, the opposition and Ali Ahmeti, that there is no terrorism on April 27 and proposes what the people demanded on April 25, their freedom and a retrial! said Pandov.