Home Macedonia Protest in front of the Government: Justice for the defenders of the... 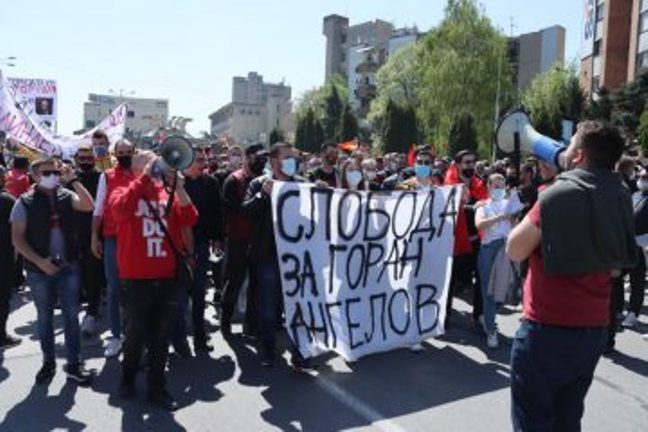 A protest under the motto “Justice for the Defenders of the Constitution” was held in front of the Government in support of justice for the convicted for the violent intrusion in the Parliament on April 17, 2017.

Protest organizers urged participants to adhere to pandemic protocols and refrain from insulting chants and banners based on ethnic and religious grounds.