Home Macedonia Instead of verdict on the “Torture” case, court decides to reopen the... 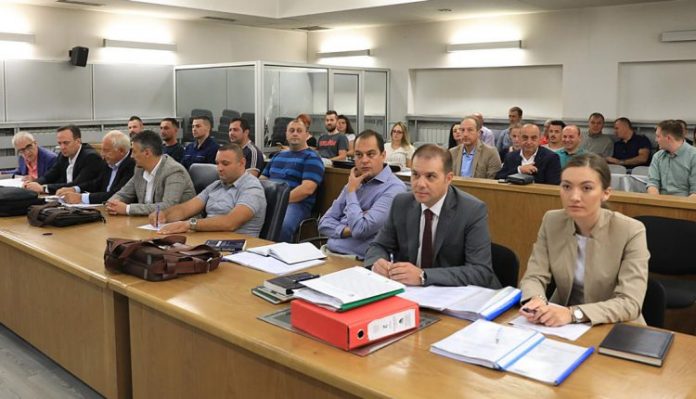 Judge Aleksandra Ristovska, who is leading the trial in the “Torture” case, did not announce the expected verdict in this case on Thursday, explaining that the court was not clear what actions the defendants took. For this reason, the hearing was scheduled for July 8, when the prosecution will have to submit additional evidence.

The case in this case was handled by Judge Aleksandra Ristovska, and the indictment was represented by Public Prosecutor Ljubomir Lape.

The “Torture” case, related to the arrest of Ljube Boskovski, on June 4, 2011, was opened by the former SPO. During the court proceedings, this case was once returned from the beginning, due to the fact that the hearing was not held for more than 90 days and due to the removal of a juror.

The primary suspect in this case is former UBK chief Sasho Mijalkov, and six members of the “Alpha” unit.