Home Macedonia Zaev promised the European Union, and ended up with Mini Schengen 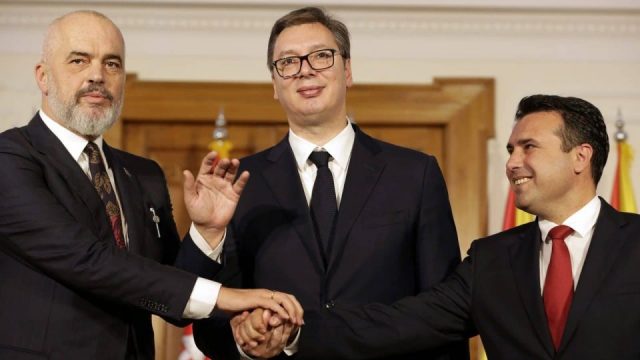 The regional cooperation of the Balkan countries has always been, is and will be welcomed by VMRO-DPMNE, but, says the opposition party, they are not even close to whatZoranZaev and SDSM promised the citizens.

“Membership in the European Union and the extended family of European nations are the real future of Macedonia, which has no alternative. ZoranZaev and SDSM came to power in 2016 with exactly these promises and for 4 years they have been fooling the public with the same phrases, without making substantial changes and reforms,” VMRO-DPMNE pointed out.

The Mini Schengen alternative, according to VMRO-DPMNE, is just a weak attempt by Zaev to present it as a kind of success of his policy, which experienced a fiasco both internationally and domestically. The mini Schengen initiative, says the opposition, must not remain our future, which will close the European path.