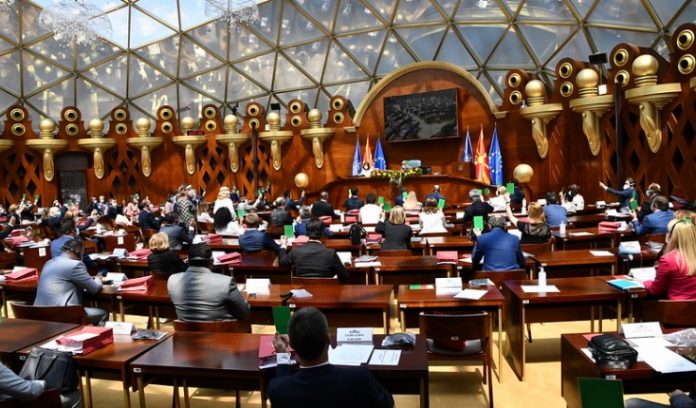 The MPs from the Democratic Renewal of Macedonia (DOM) and the Liberal Democratic Party (LDP) will accept the resolution proposed by VMRO-DPMNE for setting “red lines” in the negotiations with neighboring Bulgaria.

They confirmed this in a statement to the media after meeting with their counterparts from the opposition party Antonio Milososki and Timcho Mucunski.

“The text of the draft resolution is generally acceptable to us. Of course, this text remains open for additions, corrections, of course it should be harmonized with the constitutional name of the country,” said MP Maja Morachanin from the ranks of DOM.

Her expectations are that such a document should have a broad consensus, reminding that both political parties and citizens have the same position on identity issues.