Home Macedonia SDSM runs away from the resolution because it is either already negotiating... 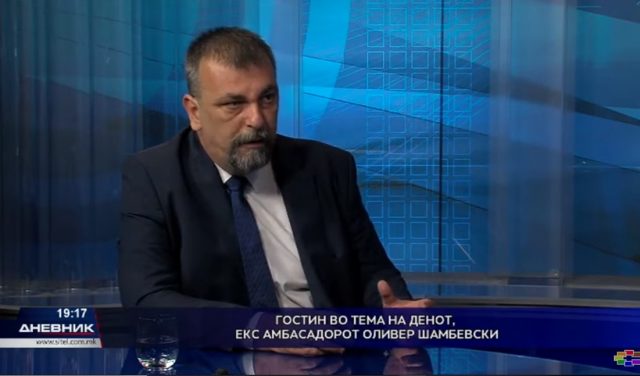 I am surprised by the hesitation of SDSM to accept the resolution. First they rejected it, then they accepted it, now they announce again that they will reject it. What is unacceptable for SDSM, continuity of the Macedonian language, identity, said VMRO-DPMNE’sOliver Shambevski and former ambassador to Italy and China.

“What surprises me is why SDSM avoids accepting two possibilities. The first thing is either to negotiate the markers that define the identity, it is put on the table and they avoid the text of the resolution, or they try to continue to create discord in the Macedonian tissue and maximum polarization. From their arrival until today, Macedonian society has never been more polarized. If they do not accept the resolution, then it falls to them that the opposition is a brake. This is an outstretched helping hand,” Shambevski said.

“If you look at the resolution submitted by the opposition as a document, you will see that the resolution itself is very careful not to cause additional divisions inside Macedonia, but also to define the key positions from which as a society and institutions we should not deviate. It is true that it defines the red lines that no one should cross further. It is very important to say that this resolution is a product of the people’s suspicion that the identity is endangered,” Shambevski stressed.