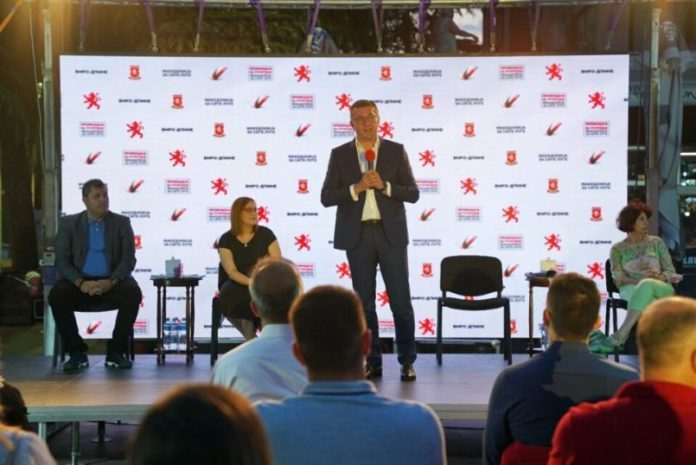 We will be pioneers or among the first in the region to offer a formalized approach to trading in cryptocurrencies and “Blockchain” technology, something that today many young people not only in Macedonia but also in the region, Europe, USA is a serious step towards the future. Let’s go to the future, and not passively wait for that future, because if we passively wait for the future, we will never step firmly towards the future, said VMRO-DPMNE leader Hristijan Mickoski at yesterday’s promotion of the “Macedonia for all” concept in Karposh.

“Exactly this project by VMRO-DPMNE will bring development of the Republic of Macedonia, this project will be for the benefit of the citizens and the country. Instead of marijuana fields we will have modern technologies and more money for the people. VMRO-DPMNE offers policies for the 21st century and SDSM pushes Macedonia backwards to the 19th century,” said Mickoski.

He noted that the cryptocurrency market is currently worth $ 2.5 trillion, which is much more than the capitalization of the world’s largest banks, investment funds and large companies.