Home Economic VMRO-DPMNE: Instead of starting the Bitola-Elbasan transmission line, today we have a... 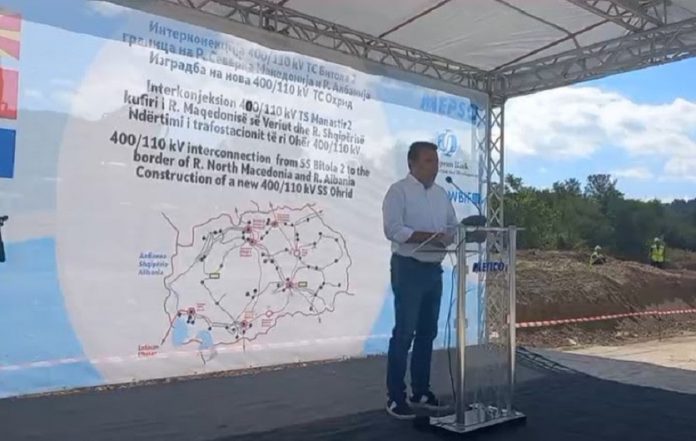 Today’s announcement of an event for marking the construction works of the 400 kV transmission line Bitola-Elbasan is a desperate attempt by the government to show that something is working. In fact, before each election, the SDSM Government organizes events, makes some inspections or signs various memoranda of understanding or cooperation agreements, said VMRO-DPMNE in Sunday’s press release.

“The EBRD loan secured at the end of the distant 2015 during the time of VMRO-DPMNE today should have resulted in the commissioning of the transmission line and the construction of a 400 kV substation in Ohrid, which would have completed the East-West corridor in terms of energy, would have been improved voltage conditions in the southwestern region of the country, would increase the reliability and reliability of the system and would enable increased transit of electricity. Instead, today we have a pre-election circus where the main word is “will” and painting that will be dealt with in the pre-election period through the pro-government media. The project is several years late, which indicates the inability of SDSM to create new values ​​for the good of citizens and the country. Until the elections, we will see many more similar events, some insights into the work and similar fabrications, but it is already too late. They have been read and the people will not succumb to such tricks of these slackers,” says the opposition party.