Home Macedonia Screenshots of the Viber correspondence published in which the party directive is... 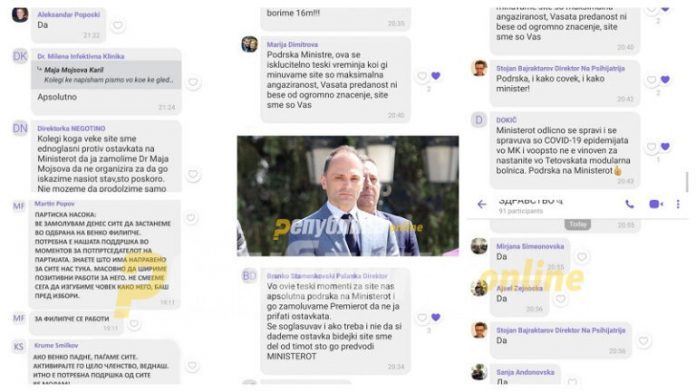 As previously announced on Saturday by the portal Republika and denied by the ruling SDSM, the directors of the public health institutions appointed by SDSM through the party headquarters organized to express their support for Venko Filipce and how it depends on them not to accept his resignation.

“On Saturday, a letter from all directors of public health institutions, who are otherwise named by the ruling parties, sent a letter to Prime Minister Zoran Zaev on Saturday stating that they do not accept the offer of resignation of the Minister of Health and Vice President of the ruling SDSM, Venko Filipche.” and point out that “they give him unreserved support to continue to lead them.”