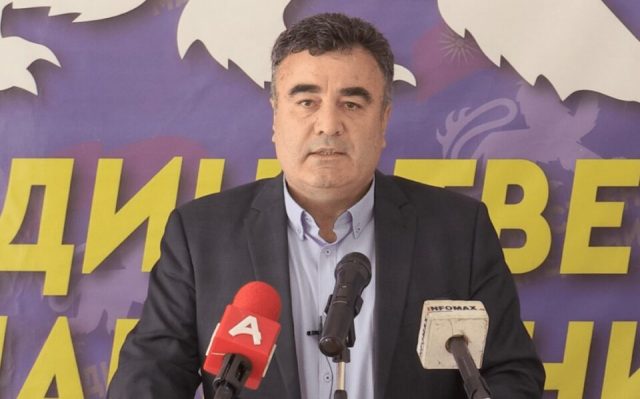 Leader of United MacedoniaJankoBachev announced at a press conference that his party will run independently with its own advisors’ lists in the upcoming local elections.

However, his party will fully back VMRO-DPMNE’s mayoral candidates, in all municipalities across the country where the largest opposition party has its own candidate in order not to harm the opposition front because it is clear that the mayor is elected by majority model.

“The party bodies have made a decision to withdraw the already determined candidates for mayors in 15 municipalities. Last night, when the deadline expired, United Macedonia did not submit the established candidate lists for mayors. United Macedonia will not participate in the local elections with mayors. United Macedonia listens to the voice of the people and accepts the call of VMRO-DPMNE to support their mayoral candidates. We do not want to do harm with the election of mayors because it is known that mayors are elected by a majority model,” Bachev said.