Home Macedonia There is a complete partisanship of the system, so for some people... 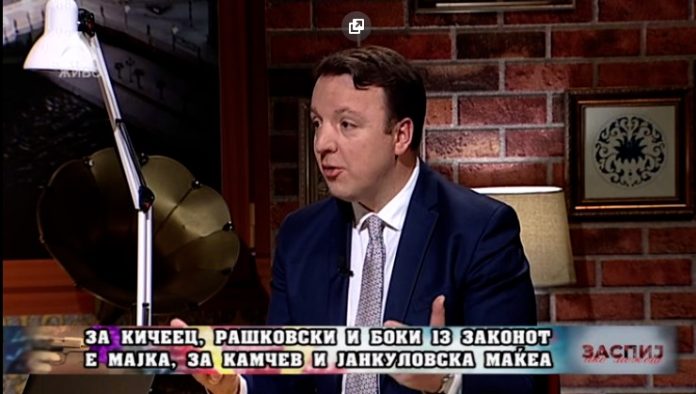 In the case of the former Secretary General of the Government Dragi Rashkovski, the control in the judiciary and the prosecution shook, then they quarreled with Sekerinska and the system started working without pressure and an investigation was carried out into the affairs of Rashkovski, Leonardo, the helicopters and now he is part of the circle and uncomfortable to speak. I am not surprised by what happened, people who should be imprisoned walk freely. That will change after the change of government, said Aleksandar Nikoloski, VMRO-DPMNE Vice President Aleksandar Nikoloski told Alfa TV, commenting on the cases that people like Kicheec, Boki 13 are free to walk around.

Nikoloski pointed out that Rashkovski was the Secretary General of the Government and he operatively manages the affairs, as well as that he increased the funds to three times more than for the General Secretariat.

“Rashkovski influenced the investigation, witnesses, and there is no need to run away because he feels safe with Zaev,” said Nikoloski.

According to him, it is clear that there is complete partisanship of the system, so there are all the details about Kamchev, but the authorities do not know anything about Rashkovski walking around free.