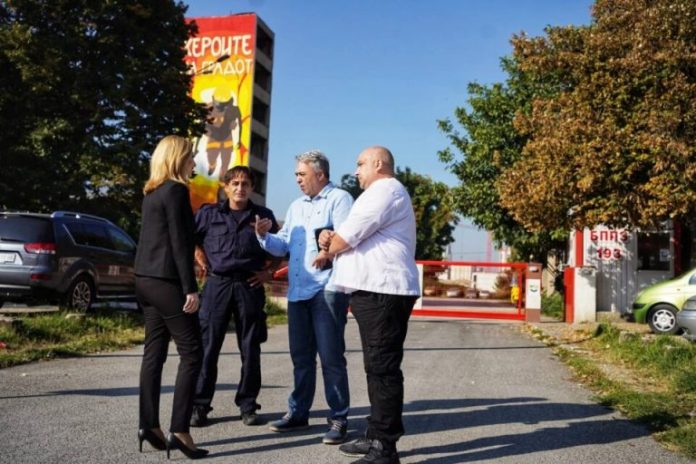 The independent candidate for mayor of Skopje Danela Arsovska was forbidden to enter the premises of the Territorial Firefighting Brigade – Avtokomanda, where the Skopje Firefighters’ Union is located.

“We had an agreed and confirmed meeting with representatives of the Union whose registered premises are within the Territorial Firefighting Brigade – Avtokomanda. At the entrance to the building we were told that an oral order forbade me and my team to enter the premises. I publicly ask how can someone be above the law and forbid entering to a pre-arranged meeting? This is typical abuse of the post of commander appointed by Petre Shilegov? What is Shilegov afraid of, let him say it publicly? I know what the fear is about, he has looked at the firefighters with humiliation so far. We all witnessed even situations in front of the media when he humiliated them. Shilegov’s problem is that all the humiliations come to light, his problem is that so far he has done nothing for them except make a dubious purchase of the ladder,” said Arsovska.