Home Macedonia Mickoski: They want conflicts, we tell them that we are here to... 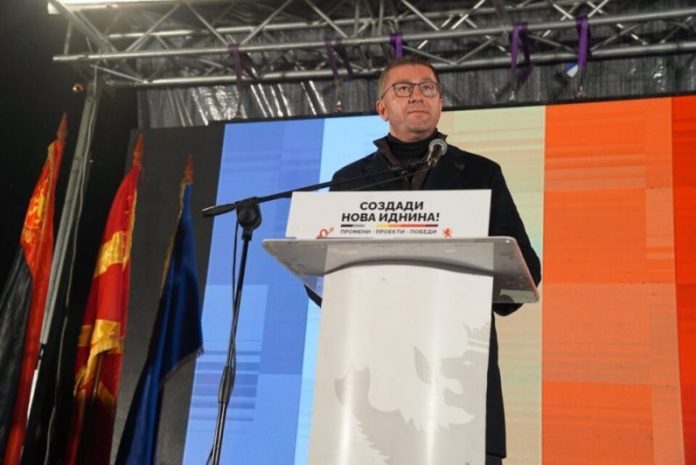 I’m fighting for a chance for the honest people against the bandits who rule the city. I am fighting for a chance in which the municipalities will really develop and there will be more for each one of you. Let us rejoice with projects that will mean solutions for the common man, new streets, schools, sports halls, sewers, water supply systems, more economic security for all, said VMRO-DPMNE leader Hristijan Mickoski at the rally in Veles.

Mickoski pointed out that while they want conflicts, VMRO-DPMNE is fighting for freedom and justice.

“They want conflicts, we tell them that we are here to defend our freedom and to defend justice and to change. This is the only way to preserve the freedom and fire inherited from our fathers,” he said.

“They think that they have votes in their pockets, so they treat both Macedonians and Albanians, whom they see only as ballots and Turks, Roma, Serbs, Vlachs, Bosniaks whose votes they think naturally follow them and that they are on a button. It’s a movie with an unhappy ending. The answer to such an underestimating attitude is the revolt that will have effect only if you go out and vote for changes,” said Mickoski.