Home Macedonia Mickoski: If we fail to create a credible government, there will be... 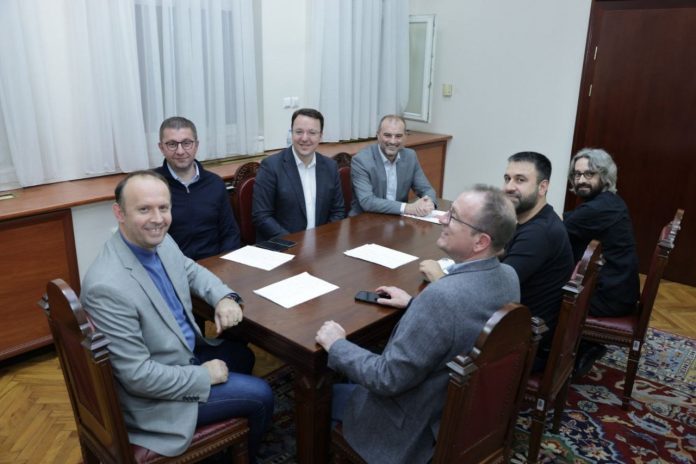 The leader of VMRO-DPMNE Hristijan Mickoski at Saturday’s press conference says that what happened on Friday is a common struggle for the people in Macedonia and that the power belongs to the people.

Mickoski believes that the new parliamentary majority means that the Government of SDSM and Zoran Zaev is falling. According to him, this will mean that in the coming period he will try to form a new government.

“It will only happen if I am sure it will be a government of serious credibility and strong institutions that will guarantee stability. If this goal is not achieved, which I strive for and I do not ensure full efficiency of the Government, fight against corruption and crime, then what remains as the only option is snap early parliamentary elections for the people to decide on their new future,” Mickoski said.