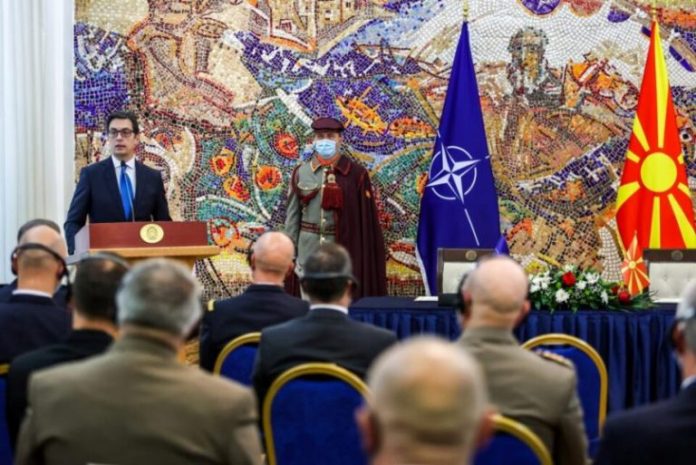 General Philippe Lavigne expressed congratulations on the swift and successful completion of the country’s military integration in the Alliance, underlining that North Macedonia can count on the solidarity and support of the NATO allies.

“NATO enlargement proved to be an efficient mechanism for maintaining long-term stability and security. Today we extend gratitude to North Macedonia for contributing to stability in South East Europe and NATO. The signing of the joint declaration is not only major success for North Macedonia’s armed forces, but reaffirms the strengthening of North Macedonia as a credible and important partner of the Alliance,” said Lavigne.

Defense Minister Radmila Shekerinska said today the country has reached the end of a thousand miles long road, on which it embarked 30 years ago, adding that now we’re taking a new road for full modernization of the Army.