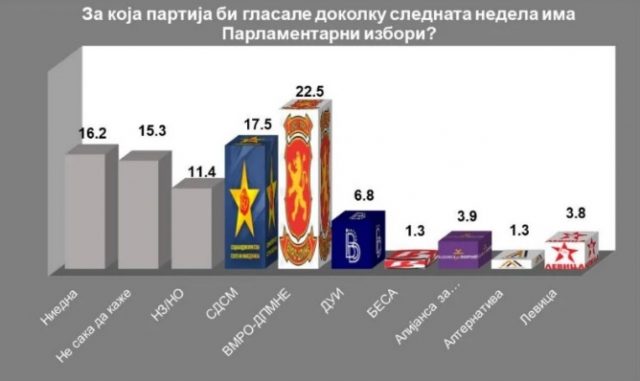 The Institute for Political Research from Skopje (IPIS) conducted a short telephone poll in the period between November 19 and 21, 2021 on 1,105 adult respondents in the Republic of Macedonia. In the poll, the citizens expressed their views on their support for political parties and politicians, as well as on certain current issues at the moment.

Of the surveyed citizens, 22.5 percent said that they would vote for VMRO-DPMNE, while 17.5 for SDSM.