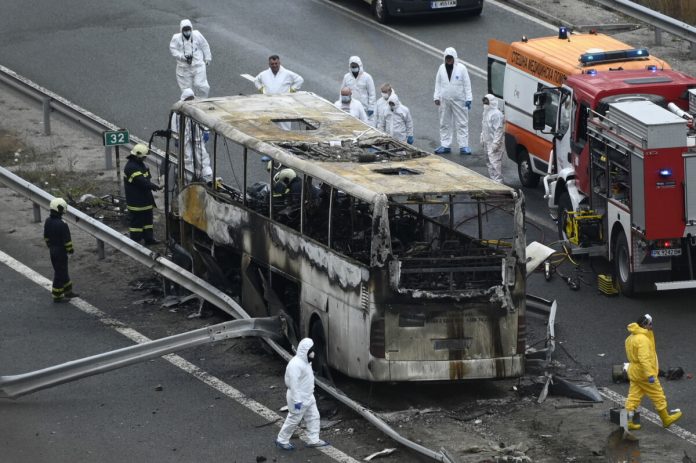 During an additional search carried out by Bulgarian investigators on Friday, another body was found in the Besa Trans bus on the Struma highway, informed the Deputy Chief Prosecutor and Head of the National Investigation Service of Bulgaria, Borislav Sarafov.

The number of bodies recovered from the bus now stands at 45.

Spokesperson of Bulgaria’s Prosecutor General Office Sijka Mileva said on Thursday that 44 bodies have been recovered from the site of the bus accident, while a survivor claims he saved eight, not seven people.

The Sofia Ambulance confirmed that seven injured passengers were taken to the Pirogov hospital from the scene of the accident.