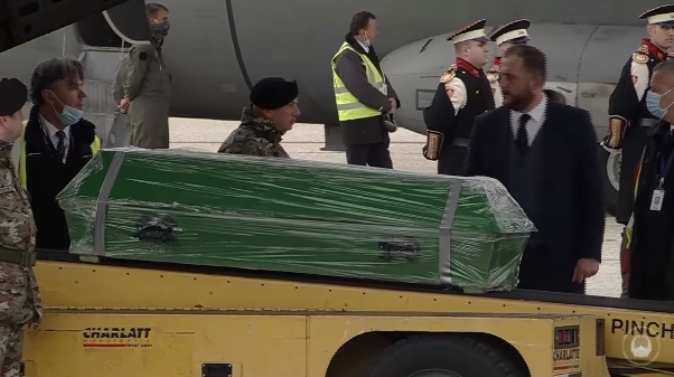 The remains of the victims killed in the bus accident in Bulgaria were transported to cemeteries to be laid to rest after being taken over at the Skopje airport when two Bulgarian military planes transported them.

The procession took off from the Skopje International Airport, where President StevoPendarovski, Speaker TalatXhaferi and Prime Minister ZoranZaev paid their respects by laying wreaths. Ministers, MPss and officials of the religious communities in the country were also in attendance.

The remains of the 45 killed passengers were transported by Butel vehicles to the cemeteries to be laid to rest.