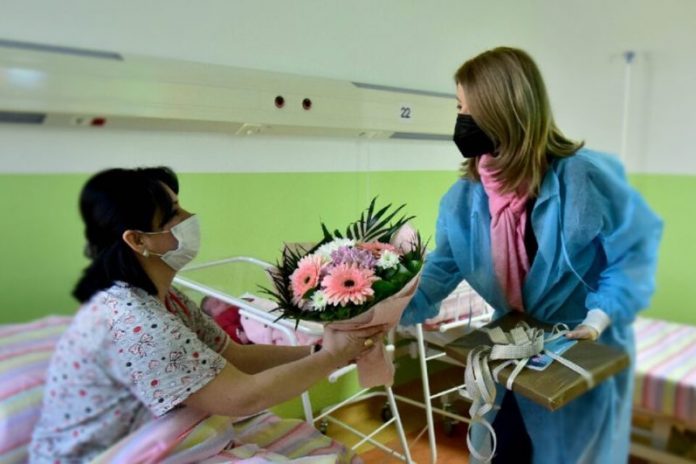 Mayor of the City of Skopje Danela Arsovska visited the first born baby in Skopje in 2022, which was born just one minute after midnight at the University Clinic for Gynecology and Obstetrics. Mihail is the fifth child of mother Suzana Stoshikj.

The City of Skopje wishes both mothers and their families lots of health and happiness in the coming years, to rejoice together in the success of their children.