Home Macedonia Mickoski: This Government is only a continuation of the policies of Zaevism... 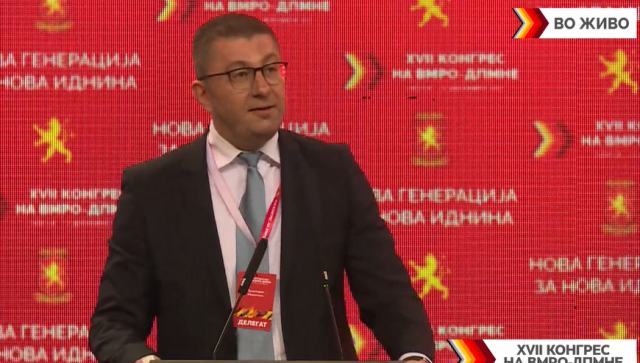 The prime minister-designate who will propose the composition of the government has no credibility to negotiate on behalf of the Macedonian people for its identity. I do not expect anything else but the continuation of the policies of Zaevism, said VMRO-DPMNE leader Hristijan Mickoski.

“I expect snap elections to be held this year, it must happen because the people should be given the opportunity to elect a political government as the people want. The fear in the Government is that VMRO-DPMNE will win a big victory in those elections. And the fear in the government coalition partners is that there will be no one to blackmail VMRO-DPMNE. VMRO-DPMNE will pursue a policy that will fight crime and corruption and a policy that will be based on reforms in society, policy of progress, strong economy, reforms in the economy and will not be blackmailed by various personal interests as today we are witnessing the bargaining in the formation of the new Government by various individuals who are part of that parliamentary majority. That is their fear. Otherwise, there is no other fear, and that is why they are trying as much as they can to survive in order to rob the people and enjoy the privileges of the government,” stressed Mickoski.