Home Macedonia Miloshoski: There’s still no official invitation for Kovachevski-Mickoski meeting, but if there... 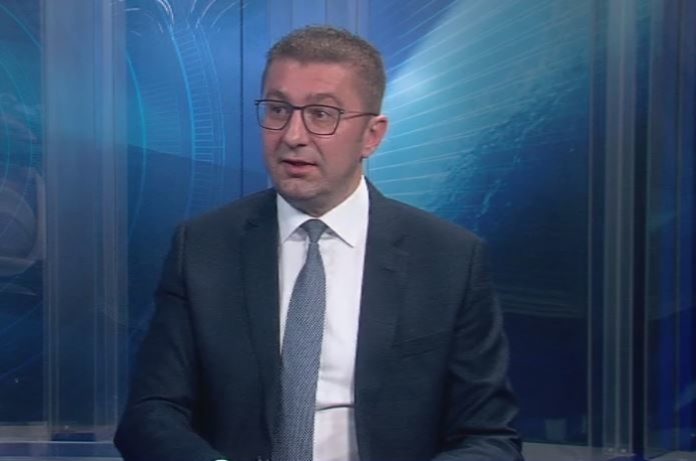 Wednesday’s press conference is a brief comment on what we heard yesterday from the still incumbent Deputy Prime Minister for European Integration Nikola Dimitrov. Yesterday’s statements given by the Deputy Prime Minister for European Integration Nikola Dimitrov and the public distrust of his former counterpart Foreign Minister Bujar Osmani, show that both Dimitrov and Osmani are just the face and back of the same coin which in the Government is literally interest for her survival, i.e. her personal career and interest are before the interests of the state and the citizens of Macedonia, said VMRO-DPMNE MP Antonio Miloshoski at Thursday’s press conference.

He stressed that what Dimitrov mentioned, that another harmful agreement with Bulgaria is possible, only confirms that Nikola Dimitrov knew in advance about the preparation of such a possible harmful agreement with Bulgaria, but while he was a government official he was silent, and after seeing that no to be a member of the Government decided to talk about what is immoral, but in any case does not reduce the risk of such an agreement and therefore should be serious and careful.

“Our opinion is that Dimitrov and Osmani are the same characters who from 2018 until today announce dates for EU membership every six months, they were photographed together on the government plane and we think it is time to check together their trust or distrust of the citizens towards them, and to resign as an act of responsibility for their failed policies. The other thing I want to inform the public about is related to the question or the announcements for a possible meeting between SDSM leader Kovachevski and VMRO-DPMNE leader Hristijan Mickoski. Such an invitation has not yet reached VMRO-DPMNE, but if it does, it will be accepted provided that the Kovachevski-Mickoski meeting discusses early elections as the only logical solution to the current deep crisis in which the country finds itself, to discuss for the content of the answers that Macedonia has given to official Sofia,” said Miloshoski.