Home Macedonia Petkov proposes that Brussels be a guarantor for the inclusion of Bulgarians... 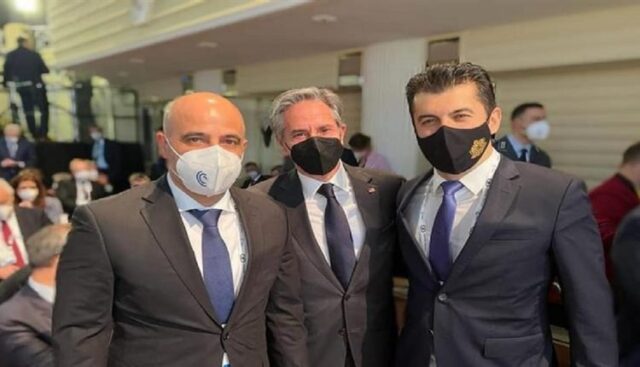 The guarantor of the inclusion of the Bulgarians in the Macedonian Constitution should be Brussels, proposes the Bulgarian Prime Minister Kiril Petkov in an interview given immediately after yesterday’s meeting with Prime Minister Dimitar Kovachevski at the Security Conference in Munich. Petkov’s idea is that after Skopje and Sofia reach a solution on this issue in the form of a joint proposal to submit it to the European Commission as part of the EU accession negotiation process.

“The issue is very different now, the issue is not that one country presses and the other says no. We plan to go to the European Commission with a joint proposal, which is very different in the first place. Secondly, we rely on the Copenhagen criteria, on the principles of legal protection of people of our origin. In other words, we do not include a specific bilateral issue, but include principles that are actually within the EU member states. I think that if Brussels sees this problem between the two countries as an opportunity to speed up the negotiation process, it can be used as a model for the other Balkan member states that have been invited to the EU.”