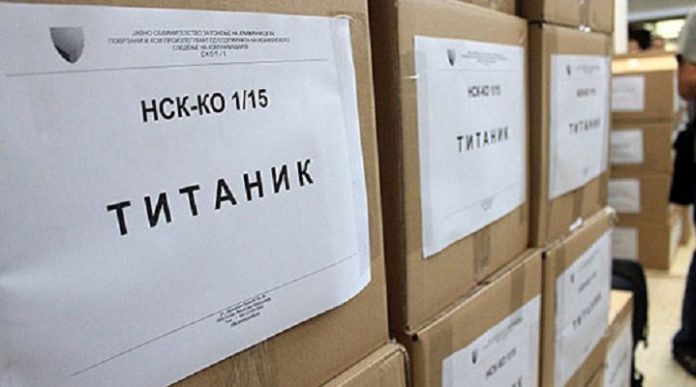 The first-instance verdicts were announced today for some of the defendants who pleaded guilty in the “Titanic” case to election irregularities in the 2014 parliamentary elections.

Apart from those who pleaded guilty, the former Prime Minister Nikola Gruevski, the former Secretary General of the Government Kiril Bozhinovski, the former MP Ilija Dimovski, the former mayor of Pustec, Edmond Temelko, as well as 12 other defendants accused of criminal association, are also accused in “Titanic” case for violation of the freedom of choice of voters, bribery during elections and voting, destruction of election material and misuse of funds for financing the election campaign.