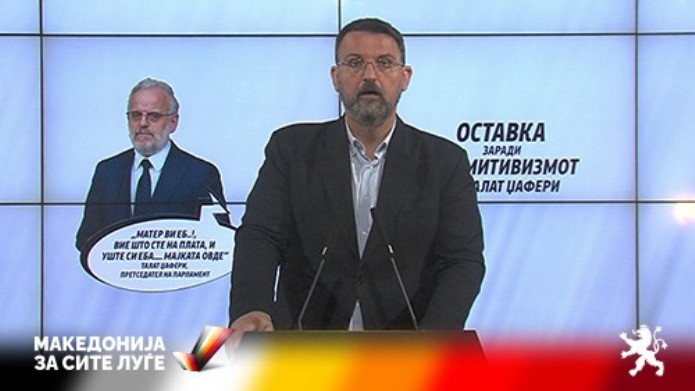 Stoilkovski pointed out that this confirmed recording of Talat Xhaferi also calls into question his business ability, but he also asked if there are addictions behind Talat Xhaferi behind the vulgarities that cause abstinence crises and the impossibility of rationally conducting the sessions of the Parliament?

The opposition spokesperson points out that all this is just a reason for Xhaferi’s irrevocable resignation.