Home Macedonia Assembly of the Serbian Orthodox Church on Sunday- the admission of MOC-OA... 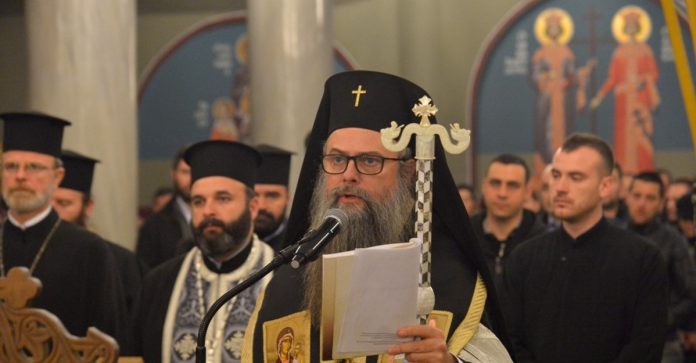 I personally believe that reconciliation between the Macedonian and Serbian Orthodox Churches is possible. This was announced by the Serbian Bishop Fotije, that at the Assembly of the Serbian Orthodox Church, the Macedonian Orthodox Church-Ohrid Archbishopric will accept it in canonical unity, says Serbian analyst Drashko Zenovic for Alpha. What is necessary now is to return to the canonical order.
“Bishops and priests from the MOC OA have an apostolic inheritance and thus there is no reason not to accept in canonical unity and the Eucharistic communion not only by the SOC but of the entire Orthodox world through the SOC. Even from such an order and with such autonomy, the MOC-OA can one day expect to receive autocephaly,” said Drashko Zenovic, a Serbian religious analyst.