Home Macedonia The only way to prove the accuracy of the polls is to... 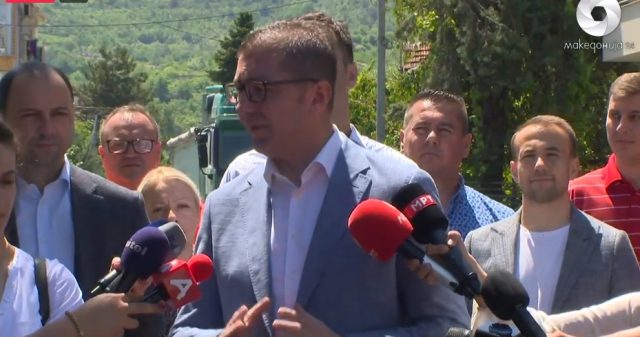 The only way to prove and show whether the polls are correct is elections, said VMRO-DPMNE leader Hristijan Mickoski, commenting on recent opinion polls and SDSM accusations that they were fabricated.

Mickoski called on DimitarKovachevski and SDSM to muster their courage, to sit at the table and agree on a date for snap parliamentary elections, at which citizens will be able to decide on their future.

“SDSM should muster its courage and convince Kovachevski – let’s sit at the table and agree on a date for snap parliamentary elections. That’s the only way to see if the polls are fake or not. There is no other way. Just so it would not be like doing math and gymnastics after the local elections,” Mickoski added.