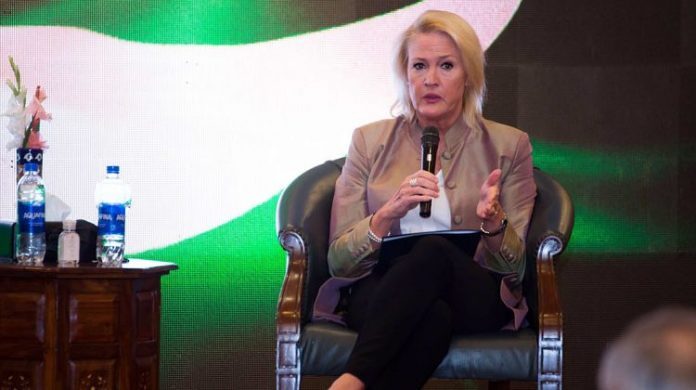 Angela Price Aggeler is set to replace the current US ambassador to the country, Kate Mary Byrnes, after the White House announced a list of names that President Joe Biden plans to nominate for US ambassadorial posts in several countries, including North Macedonia. Angela Price Aggeler, a career member of the Senior Foreign Service with the rank of Minister-Counselor, served as the Deputy Chief of Mission at the U.S. Embassy in Islamabad, Pakistan. Aggeler has already spent some time of her career in Skopje, where she worked as a public relations officer at the US Embassy. Aggeler has worked as a public relations adviser at the US Embassy in Paris, France, and has served on diplomatic missions at US embassies in Burkina Faso, Hungary, Vietnam, and the consulate in Chennai, India.

A graduate of the University of Utah, she speaks French, Macedonian, and some Hindi.