Home Macedonia The SOC gives up use of all its property on the territory... 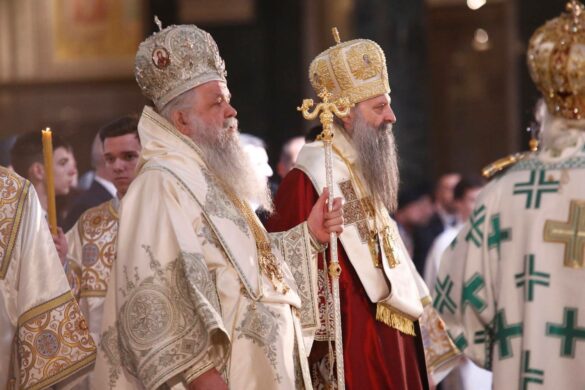 The Serbian Orthodox Church (SOC) relinquishes all its property on the territory of Macedonia to the new, autocephalous church in that country, reads the Tomos presented on Sunday at the Cathedral of St. Archangel Michael in Belgrade, after the proclamation of autocephaly of the Macedonian Orthodox Church – Ohrid Archbishopric.

“Holy temples and monasteries, especially sanctuaries from the time of the Nemanjic period and later period of the Serbian presence, church building and cultural creation on the territory of today’s Macedonia, as well as the total movable and immovable property of the SOC, within its borders, are ceded to the new autocephalous sister church”, reads the Tomos.