Home Macedonia Scholz: The accession talks should start and I will advocate for that 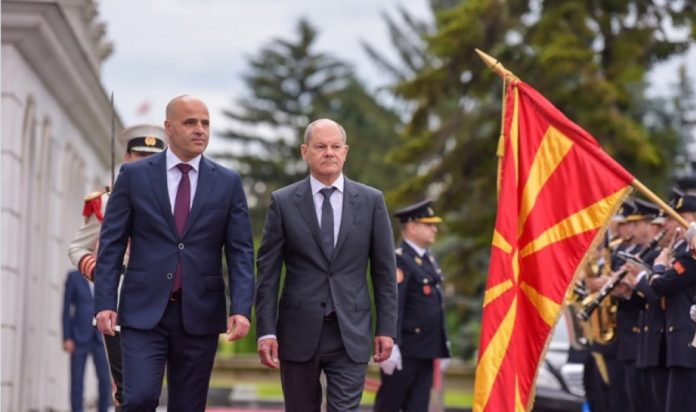 The Western Balkans are of strategic importance to Germany and I am committed to its accession to the European Union. Germany is serious about the European integration of the countries in the region, and this is especially true for North Macedonia. The EU has made a promise to North Macedonia, and the country has met all the preconditions for the start of accession negotiations, said Germany’s Chancellor Olaf Scholz at a joint press conference with Prime Minister Dimitar Kovachevski at the Government in Skopje.

The CChancellor stressed that he was delighted with the political force that, as he said, made it possible to reach an agreement with Greece. Therefore, as he said, the rest of the task should succeed as well and that is something for which the citizens of North Macedonia and the Government worked hard. Now, Scholz stressed, we need to invest all efforts.

North Macedonia, according to Scholz, has fulfilled all the preconditions and stressed that he will personally advocate for the next step.