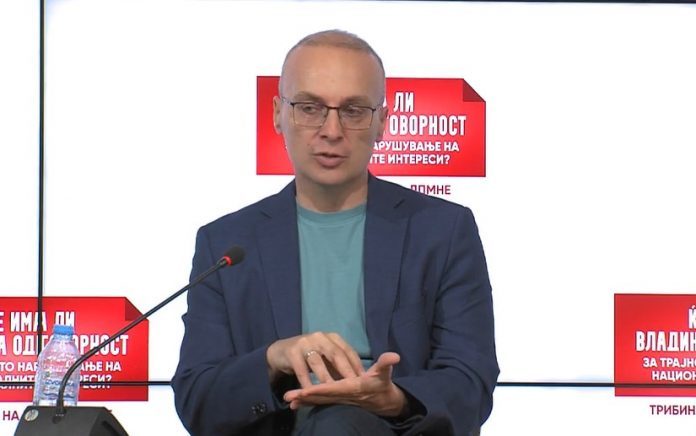 At today’s debate entitled “Will there be government responsibility for the permanent violation of national interests?” held at the Center for Communications of VMRO-DPMNE, MP and member of the EC Antonio Miloshoski said that it is a precedent that the Government does not want to discuss in Parliament about the fate of Macedonia, which has not been consulted by any of the leadership of the Directorate of International Law at the Ministry of Foreign Affairs, and the full responsibility for this diplomatic failure lies with the Dimitar Kovachevski, Bujar Osmani and Bojan Marichikj trio, and demanded their resignations.

“The executive not only negotiated this form of the French proposal for a negotiating framework and the bilateral Macedonian-Bulgarian protocol, but also completely excluded the parliament in those talks as the most legitimate place to hold talks when it comes to issues that exceed the mandate of a politician, a government, or a piece of legislation. They wanted to hide it from the MPs because it is obvious that these negotiations were conducted in a narrow circle, and probably the trio was Kovachevski, Bujar Osmani, Bojan Marichikj,” Miloshoski said.