Home Macedonia The new proposal fully accepts the Macedonian language, the protocol will not... 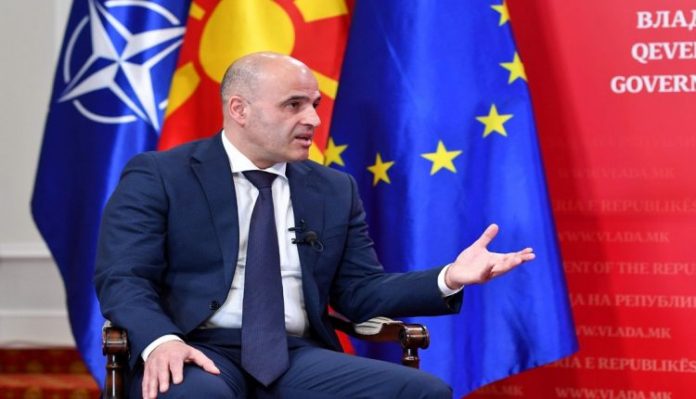 All false claims have gone down the drain. We consistently stuck to our positions and protected the Macedonian national identity. In the new European proposal, we have defined positions for a clear acceptance of the Macedonian language, as well as for the protocol not to be in the negotiation framework, Prime Minister Dimitar Kovachevski told Thursday’s press conference regarding the French proposal.

“Our position for further initiation of the negotiation process and holding an intergovernmental conference with the EU is also in the proposal submitted to us. We have a plan and strategy that delivers results. The process is transparent and the public will be informed. The entire proposal will be published on the Government’s website. This is the first meeting, the first and most important place to make wise decisions. The decision about our future will be made by us according to the strategic interests of the country. The discussion at the meeting was constructive and statesmanlike. At the meeting, Osmani and Marichikj informed about the proposal and about everything we have as an obligation to protect. All the party leaders expressed their position and I can freely say that they all had a statesman’s position. We will have meetings with the president of the state, then with the president of the Parliament, and then with the deputies in the Parliament,” Kovachevski said.