Home Macedonia With the French proposal, Macedonia will either negotiate forever or assimilate 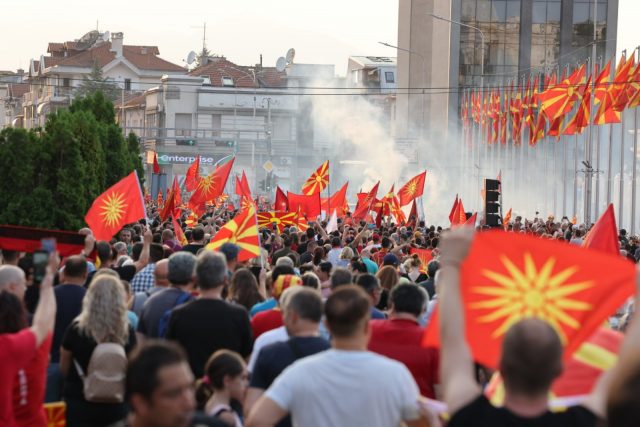 The French proposal, which the Government is ready to accept, is extremely unfavorable for Macedonia because it contains Bulgarian demands. It is an ultimatum and a dictate after which Macedonia is left to either negotiate forever or complete assimilation.
The proposal provides for Protocols, or as the Government likes to call them ‘Annual Reports’, through which the implementation of Article 12 of the Treaty with Bulgaria made in 2017 will be evaluated, which foresees changes to textbooks about characters and events from Macedonian history, changes to plaques on monuments, museums and public places that disturb Bulgaria, sanctioning any criticism or dissenting opinion under the guise of hate speech and similar other humiliations.
VMRO-DPMNE supports the citizens who respectfully and loudly oppose this capitulation of Kovachevski’s government. SDSM and Kovachevski are the ones who chose to be against their own people, just to preserve their seats at the expense of the Macedonian identity. The message of the people is “Ultimatum, NO THANKS”!