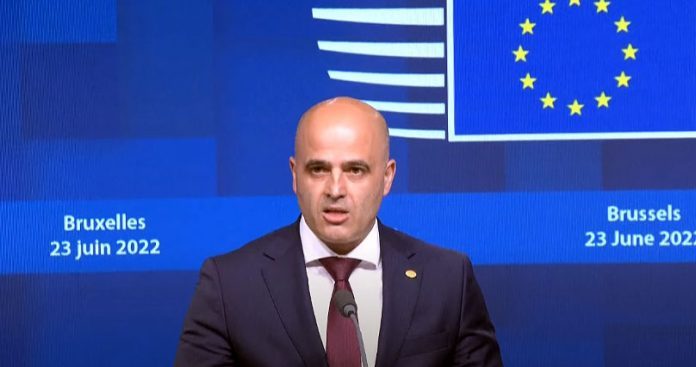 At Saturday’s Parliament session, the Government reviewed and adopted the conclusions voted by the Parliament and made a decision to approve the proposal of the French Presidency of June 30, 2022.

“With this decision, we begin the process of accession negotiations of North Macedonia with the European Union, Prime Minister Dimitar Kovachevski said Saturday afternoon after the end of the 60th government session.

The Prime Minister confirmed that the first intergovernmental conference will be held on July 19 in Brussels.