Home Macedonia Macedonian people have the right to express via referendum whether they are... 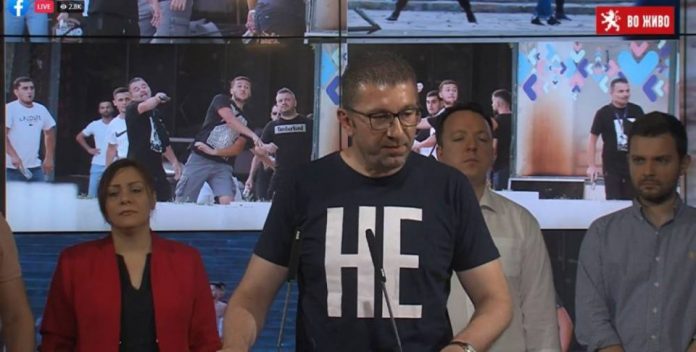 VMRO-DPMNE will collect 150,000 signatures for a referendum declaration of the citizens with the aim of preventing the assimilation and Bulgarianization of the Macedonian people and the country, the opposition party’s press release reads.

“Citizens have the right to give their opinion, and thus express their position regarding this diplomatic knockout by this unpopular government led by the traitor Kovachevski. The citizens will state their position regarding whether they support this framework and protocol, which means changing the history, textbooks, culture and identity of the state and the Macedonian people. The referendum vote by the citizens does not mean a withdrawal from the blockade of VMRO-DPMNE and the MPs from the coalition of the constitutional amendments, but on the contrary, despite the blockade of the constitutional amendments, the citizens will have the opportunity to express their opinion whether they are IN FAVOR or AGAINST this betrayal by the anti-state SDS and the traitor Kovachevski”, VMRO-DPMNE points out.