Home Macedonia Mickoski meets with Orban: Macedonia and the EU are expecting a difficult... 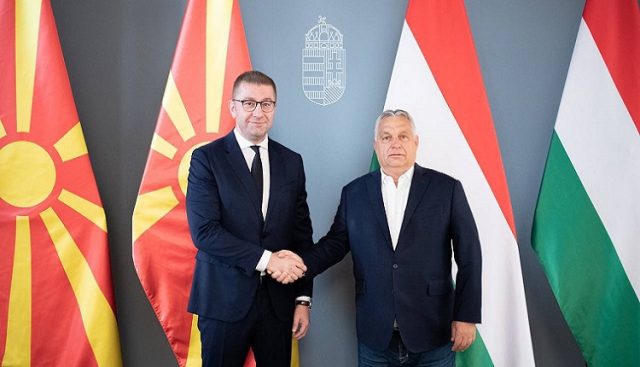 The leader of VMRO-DPMNE, Hristijan Mickoski, along with the party’s Vice President Aleksandar Nikoloski, met on Monday with the Prime Minister of Hungary and the leader of the sister party FIDESZ, Viktor Orbán in Budapest.
The European integration of Macedonia was discussed at the meeting. Opposition party leader Mickoski stressed the position of VMRO-DPMNE and the Macedonian people that integration into the EU is necessary, but that it should be dignified and with the preservation of the identity marks of the people.
It was noted at the meeting that N. Macedonia and the EU are facing the hardest winter in history, with great difficulties in terms of energy supply. Mickoski noted that the government in Macedonia is not taking the necessary steps in dealing with the energy crisis, coal, fuel oil, gas and oil derivatives are not provided in a timely manner.
Also noted were the challenges of the migrant crisis, which is a problem for both Macedonia and the EU.