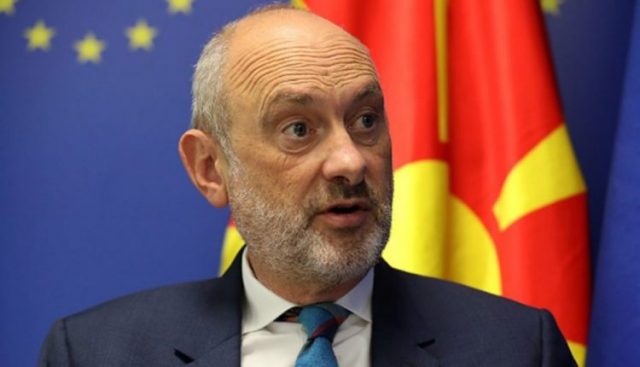 Accession negotiations have started and screening has begun. The holding of the next intergovernmental conference depends on the bilateral agreement between the two countries concerned. If you do not make the constitutional amendments, the negotiation process will probably stop and we will have to wait for the resolution of this issue, says EU Ambassador David Geer in an interview with Radio Free Europe on Sunday.

“With the way the agreement was made, the negotiations are open. The screening started and we had what’s called an intergovernmental conference that started the whole process. When the screening is completed at this stage, going to the next point requires another intergovernmental conference. The holding of that intergovernmental conference depends on this bilateral agreement between the two countries concerned. Of course, it is a sovereign decision for North Macedonia to change the Constitution, even though you already have a good track record in inter-ethnic relations and this will only define it further. But what happens if it doesn’t go ahead? I think the most likely scenario will be that the negotiation process stops there. You will complete the screening, but the holding of the intergovernmental conference and the next steps will await the resolution of this issue. Not because a third country came and vetoed it, but because this country decided to withdraw from the commitment that was made bilaterally with Bulgaria”, Geer said when asked whether if the constitutional amendments are not adopted, it will mean that the negotiation process would be blocked.