Home Macedonia The request for a referendum on the negotiating framework with Bulgaria is... 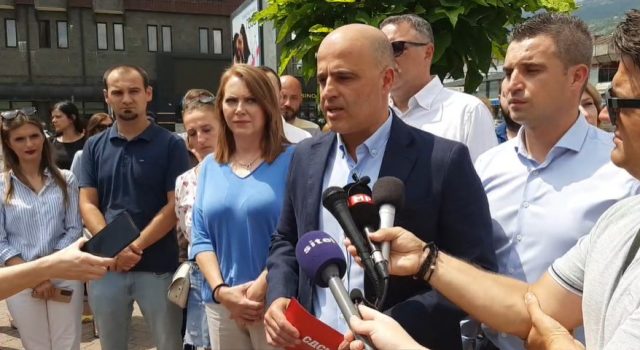 The referendum on the negotiating framework with Bulgaria requested by the opposition VMRO-DPMNE is for internal party use and that this opposition party along with Levica are the only two parties that are against entry into the European Union, and the country has started the path to joining the EU and such a referendum is irrelevant, Prime Minister and leader of SDSM DimitarKovachevski said on Sunday in Tetovo.

“The Republic of North Macedonia already started the accession negotiations and we started them with pure Macedonian language, with a protected identity, written on paper and confirmed by representatives of the European Commission. This country, from the day of holding the first intergovernmental conference, started the path to joining the EU. From that road there is no going back, no left, and even less right to the east, so VMRO-DPMNE’s request for some kind of referendum against joining the EU is completely irrelevant,” PM Kovachevski pointed out.