Home Macedonia After Monday storm: Over 60 buildings flooded in Vinica and 30 in... 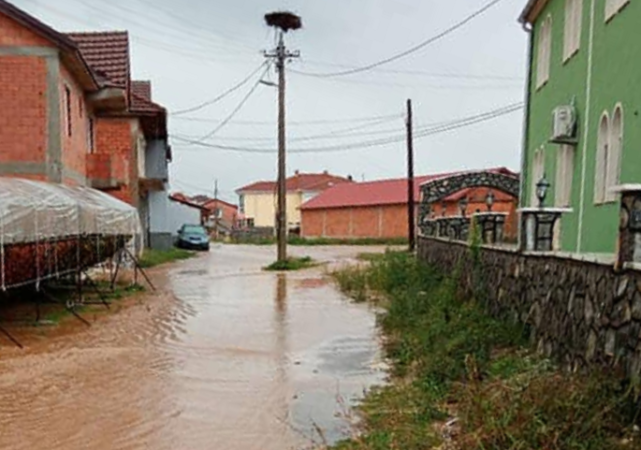 Work is underway to remove the damage from last night’s heavy rains that affected the municipalities of Vinica, Dolneni and Tetovo. In Vinica, more than 60 buildings have been flooded and the pumping of water from the residential buildings is almost finished there. The infrastructure in the urban area of ​​the city is being worked on and everything is expected to be completed during the day if there is no new rainfall, the Crisis Management Center (CMC) informed Tuesday morning.

Teams of TPPE Vinica were on the ground last night until 23:00, during which they had a total of 20 interventions, mostly at business facilities and schools. For the most part, the damages have been repaired, and at the moment they are on the ground with two pumps and three firefighters on the report of a business building.

The village of Lazhani, Municipality of Dolneni was flooded last night by torrential rains. The CMC points out that it is about the lower part of the village, where the tertiary channel passes, which, as they say, was narrowed from f-1000 to f-100 and f-200 for a number of reasons. It is a part where there are private residential houses due to the possibility of bridging the entrance over the canal.