Home Macedonia UKIM union announces mediation before strike if the Government does not accept... 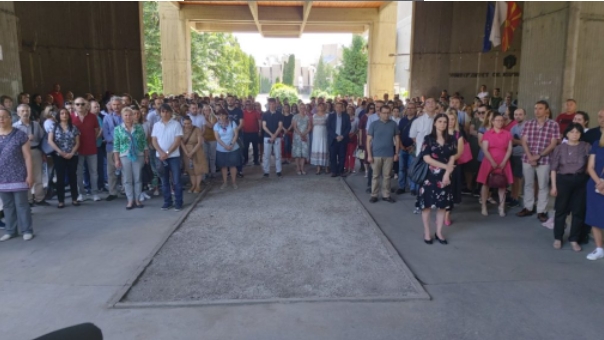 The Union of Trade Unions of the University “St. Cyril and Methodius” – Skopje expects a meeting in the Government to meet their demands and if it is not realized by the end of next week, they announce mediation before a strike. The President of the Union, prof. Dr. Angel Ristov, says that a meeting with the Prime Minister was announced to them last month, but they have not been invited yet.

-“At the meeting with the Prime Minister, we will present our demands that we have had for two years – the signing of a Collective Agreement and a gradual salary increase of 25 percent per year, so that after four years we can reach the level of a 100 percent increase, a decent salary for employees of the oldest and largest university,” Ristov told the media.