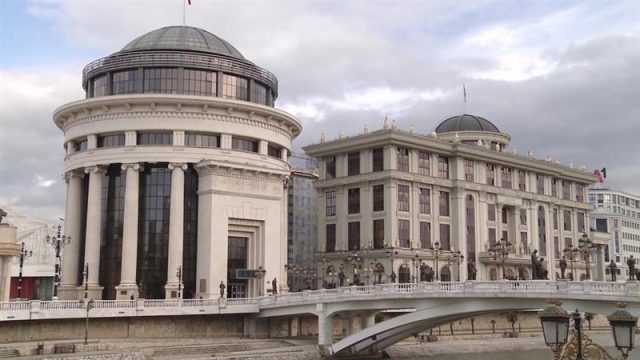 A 44year-old man from Skopje is suspected of having killed his three-month-old baby on the night between Sunday and Monday, the Basic Public Prosecutor’s Office in Skopje informed Tuesday.
As the PPO informs, the suspect is charged with murder under Article 123 paragraph 2 point 2, that is, murder during domestic violence, for which, according to the criminal code, a prison sentence of at least 10 years to life imprisonment is provided.
“On the night between September 25 and 26, while the suspect was at home with four minor children, including the three-month-old son, he started hitting the child with his hands and feet on the head and body. In that way, he inflicted multiple injuries on him that caused bleeding in the cranial cavity, as a result of which the three-month-old baby died,” the Prosecutor’s Office said in a press release.