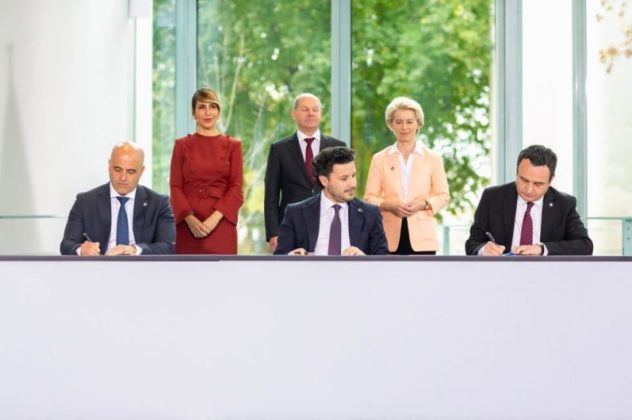 Within the framework of the Berlin Process Summit that is being held today in Berlin, the Federal Republic of Germany, three regional mobility agreements were signed by Macedonian Prime Minister Dimitar Kovachevski and the leaders of the countries of the Western Balkans.

The agreements, as announced by government services, refer to mutual recognition of higher education qualifications in the countries of the Western Balkans, mutual recognition of higher education qualifications for doctors of medicine, dentistry and architects, as well as freedom of movement with identity cards in the Western Balkans.

The signing of these international agreements should strengthen cooperation between North Macedonia, Albania, Serbia, Bosnia and Herzegovina, Montenegro and Kosovo in the area of ​​reform processes, common markets, mutual recognition of professional qualifications, free movement of people and goods, and it should contribute for accelerated regional economic growth and development.