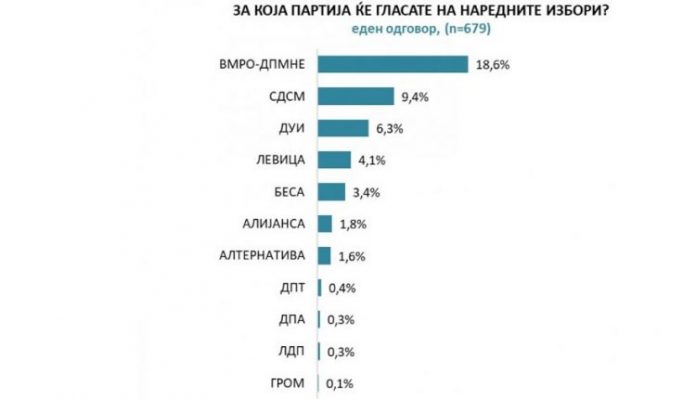 Almost 60 percent of the surveyed Macedonian citizens responded negatively to the question of whether Macedonia is moving in a positive or negative direction. Respondents place the greatest responsibility for the situation in the country on the Government and on the capacity of the ruling parties (61.2%). The result of this is the double advantage of the largest opposition party VMRO-DPMNE in relation to SDSM, the leading party of the government coalition, shows the MKD.mk survey conducted by the Market Vision agency on 1,200 respondents.

Rating of the parties

Small part of the respondents, only 13% believe that the country is moving in a positive direction, and about a quarter believe that it remains in place.

According to the respondents, the biggest problem facing our country is inflation and the rise in the prices of electricity and oil products (44%), while 26.3% answered unemployment and reduced economic activity. Hence, 70.3% of respondents believe that the biggest problem in the country is economic factors. Of the non-economic factors, crime and corruption stand out with 20 percent.