Home Macedonia Private bus companies parked their buses on llindenska if an agreement is... 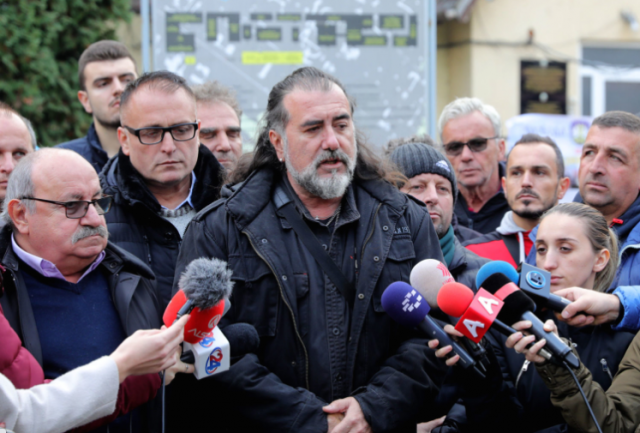 The buses of the private carriers have been parked on &quot;Ilindenska&quot; boulevard from the traffic lights after the Government building to MI-DA since 6 o&#39;clock this morning.

As announced, only the right lane of the boulevard was blocked.
If the blockade does not have an outcome, the director of &quot;Sloboda Veros&quot;
announced that on Monday, starting at 6 o&#39;clock, the capital will be completely
blocked.

“This is an announcement from the private bus companies that the protests may
intensify and become more radicalized. The tension is growing, they are worried,
they are sending statements and the situation is very tense, that&#39;s why we appeal to
all institutions, even the state ones, to get involved as mediators in solving this
problem, so that this situation does not escalate, said their head Lenin Jovanovski.

If the mayor cares about the public interest, Jovanovski says that in the interest of
that, they will sit together at the table and find an appropriate solution to get out of
this crisis.