Home Macedonia Arsovska is not thinking about the debt of EUR 1.5 million to... 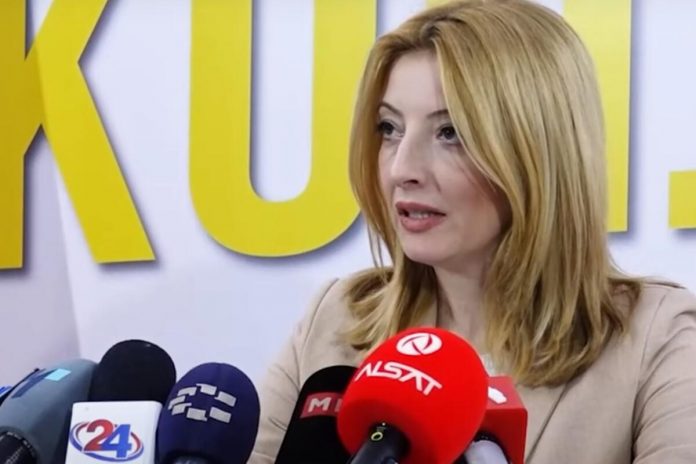 Danela Arsovska is not thinking about the debt of one and a half million euros to the bus drivers, she is thinking about 11 million denars for advertising spots from private production!? With this document, her support department requests 11 million denars for organizing press conferences and filming promotional videos, so that they can be published on the city’s website and on social networks. 11 million for direct propaganda, the spokesperson of VMRO-DPMNE Naum Stoilkovski told a press briefing on Sunday.

“Instead of finding a solution and paying the confirmed JSP debt, Danela Arsovska worries about her PR. In one year, he made a complete mess in Skopje, collapsed public enterprises, did not start a single real capital project, but he is looking for money for personal advertising. And what will he advertise? The new Universal  Hall that has not been started, the Amusement Park that has been forgotten, or the sad story of a New Year’s arrangement with a Christmas tree and carousel on the fountain! I repeat, on a fountain where vehicles collapse in the square due to carelessness! We remind you once again that for the same purpose, 3 months ago, a contract of over 90 thousand euros was withdrawn! Skopje cannot stand another incompetent and criminal mayor,” said Stoilkovski.