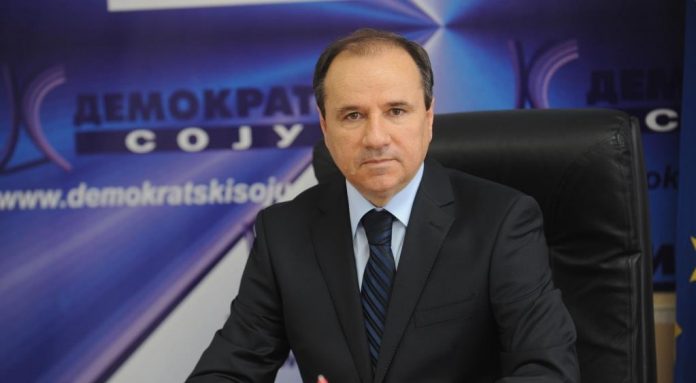 The Democratic Union (DS) condemns the chauvinist and separatist statements and slogans “Macedonia is Bulgarian” of the group of Bulgarians led by MEP Angel Dzhambazki last weekend in Skopje.

“In Macedonia, all citizens, including those declare themselves Bulgarian, can nurture their ethnic and cultural identity, form associations and honor historical events that they consider significant to them, but this must not be in denial of the Macedonian people and their identity. The DS calls on the competent institutions to declare Angel Dzhambazki and the member of the Bulgarian parliament Kostadin Kostadinov as persona non grata, who with their provocative statements and performances do not contribute to fostering friendship and good neighborly relations between the Macedonian and Bulgarian people,” reads the DS’s press release on Monday.