Home World The Visa regime is still a challenge for business cooperation with the... 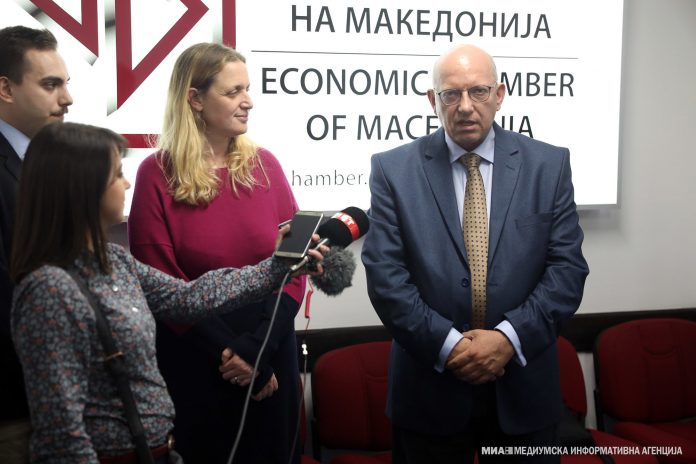 The United Kingdom is still not giving up on its visa procedures, which, according to companies, are very complicated, but in the near future it is not excluded, on the initiative of businesses, to simplify procedures.

This was stated by Ambassador Rachel Galloway at today’s meeting with the President of the Economic Chamber of Macedonia, Branko Azeski.

According to Galloway, the British government is stays on its position that a bilateral trade agreement with our country will be signed if the country goes through Brexit.
According to the ambassador and Azeski, forms of cooperation were agreed at the meeting.

“We discussed certain ambiguities about the visa regime in order to increase cooperation at that level and we discussed some forms of utilizing the knowledge of our students who end up in the UK and are coming back,” Azeski said.