Home Macedonia Kamchev: I’m asking for a temporary passport, but I’m not planning to... 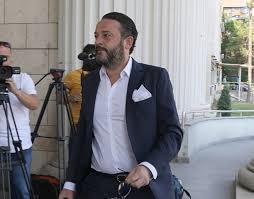 Businessman Jordan Kamchev, whose temporary passport expires today, has already applied for a new one.

He says that, along with a request for a new passport, he has provided evidence and documents to the Public Prosecutor’s Office confirming all of its subsequent meetings to be held outside the country. After all, with the same evidence and confirmation, the first temporary passport was approved.

Kamchev says he does not intend to flee the state, he has not committed any crime and that it will prove that the racketeering case has been constructed. In the last 6 months, he has left the country, he says, more than 50 times and has been returning each time.