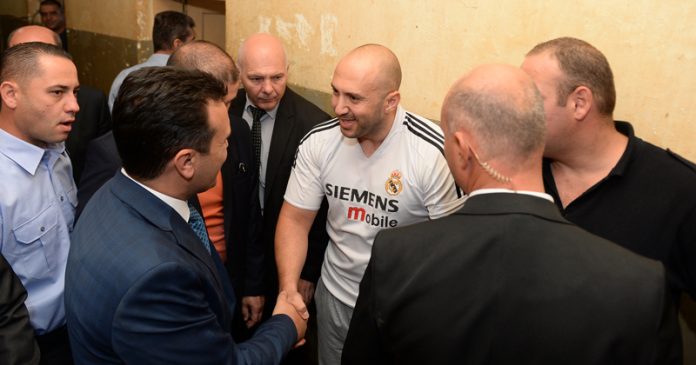 Igor Spasov, Martin Neskovski’s convicted murderer escaped to the Netherlands, informs Alpha unofficially. He crossed the border at an illegal border crossing and then probably traveled with a passport that was not confiscated when a Stip court postponed his prison sentence to 14 months.

The prison refugee left the country about a month ago, he fled alone, his family is still in Stip. According to Alpha, during the break, the court did not need to check whether Spasov was home, how serious his health state was, but rather that it was pro-forma and ended up submitting documents and filing, delaying, but not checking.

Martin Neskovski’s murderer was due to appear on 18 March last year, after which he officially became a fugitive. But even after two weeks, the government has acted as if it had escaped a petty criminal, not a convicted murderer on which the SDSM had based a whole campaign against the former MoI leadership.

Igor Spasov was convicted in 2012 for the murder of Martin Neskoski. He was serving half of his sentence. Due to health reasons, the court in Stip repeatedly terminated his prison sentence. The last time in August, when he requested a postponement due to surgery. One person on the medical team who carried out the intervention was his brother-in-law.